Baseball for All: Justine Siegal 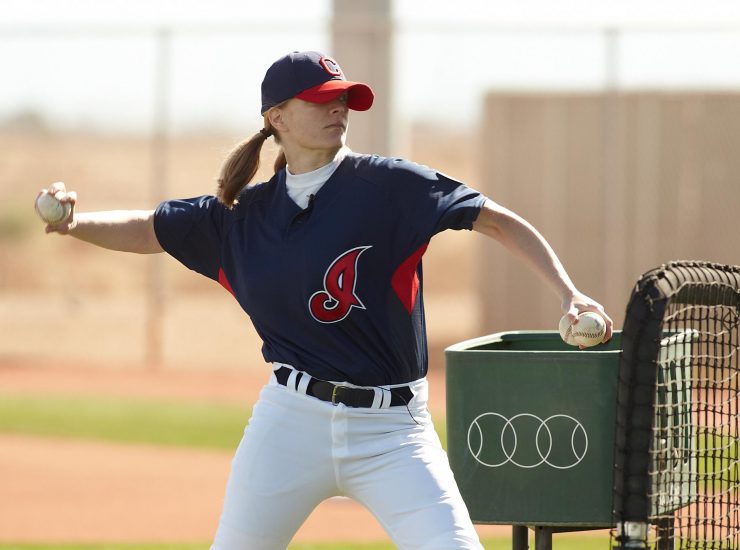 Everyone knows baseball is one of America’s favorite pastimes. How do you think you would feel if you were told you couldn’t participate? Justine Siegal was 13 years old the first time she was told she shouldn’t play baseball. Her coach told her boys play baseball and girls play softball. That’s why, when Justine was just 23 years old, she founded Baseball for All, a non-profit organization dedicated to empowering girls through baseball.

When Justine was told by her coach she should quit baseball, she knew she wanted to play for the rest of her life. She was introduced to the game by her grandfather who used to take her to watch the Cleveland Indians, a team she would throw batting practice to in 2011.

Justine founded Baseball for All as a result of her resolve to show kindness in the face of anger. The obstacles she faced as a young girl wanting to play baseball only made her work harder to achieve her goals and improve conditions for other girls.

In 2002, Justine formed The Sparks, the first all-girls team to compete nationally against boys. The team later became the subject of the documentary, Girls of Summer.

When Justine was 16, she decided she wanted to be a college baseball coach, a dream she realized in 2009 when she was hired by the Brockton Rox minor league team to coach first base. This was after three years of being the only female coach in the sport.

On her way to achieving this goal, Justine endured much laughter and criticism as people told her men wouldn’t listen to her. This only made her work harder and she returned to school to earn her Ph. D. in Sport and Exercise Psychology from Springfield College.

There’s a great quote from Justine on her LinkedIn profile that sums up the way she lives her life. “It’s an honor to make history, but it’s more important that we build a better future”.

Everyone has a right to play sports. Baseball For All is a great place for girls and their parents to find resources and encouragement to help get girls in the game. BallQube is a proud supporter of Baseball for All.