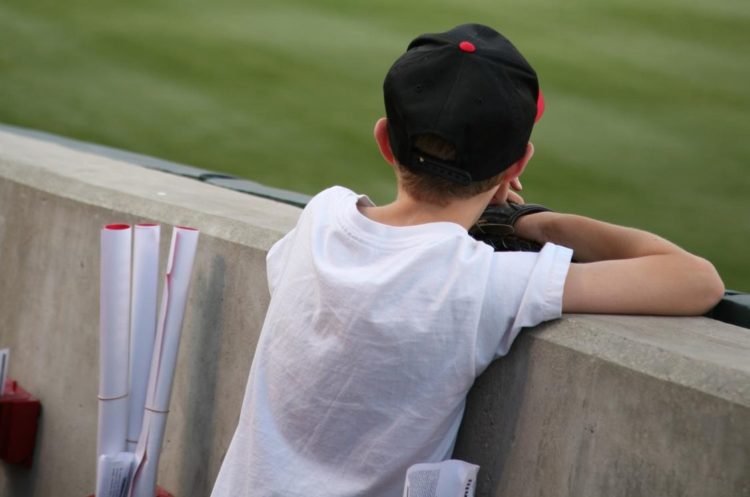 Too often we hear about the trouble that professional athletes get into. The vast majority are hardworking, loving people, but it’s always newsworthy when they make poor examples of themselves. Yet we don’t always hear about the good things that these athletes do, like taking the time to make a young person’s day with an autograph. If you’re looking for a pick-me-up today, then take a few minutes to read some of these heartwarming stories. You’ll be glad that you did.

Before his tragic death in a boating accident, Jose Fernandez was known as a dominant starting pitcher for the Miami Marlins, and an all around good guy who was full of energy and excitement. He made the game more fun to watch.

And he was also great with the fans. After he saw a young fan crying in the stands, Fernandez approached him and asked the kid for his autograph. Fernandez asked for the autograph to keep for himself, while of course offering up his own autograph for the sad young fan. Watch the video on Instagram for some bittersweet feelings.

“The Best Day of My Life”

For kids, getting an autograph from their favorite player can be a little overwhelming. Even being in the same building as their idol is awe-inspiring, so it’s little wonder than an autographed t-shirt from Sidney Crosby drew this reaction.

It really is amazing what a simple autograph can do for a young fan.

For exhibit B on the power of autographs, we bring you Mike Trout, possibly the most underappreciated superstar in baseball today. Fans outside of the west coast may not get to see him often, but those that do are enamored with the center fielder for the Angels. Just watch this young fan’s reaction to getting an autograph from him.

Braves Fan Gets A Better Ball

Obviously, this was some terrible optics for the Braves organization, and it seemed unnecessarily cruel to take the ball from the young fan. Luckily, that wasn’t the end of the story. The fan who was ejected was later able to return to his seat, and the fan who had the ball taken from him got an even bigger surprise.

Instead of the ball that was taken, he’s being given a baseball autographed by Braves star Freddie Freeman, and he’s being invited back to celebrate his birthday at a game in June. Sometimes things do turn out alright in the end.

Autographs from player represent a special bond between them and their fans. Have some autographs of your own that you’d like to protect? Then check out our line of durable, clear cases—there’s one for just about any piece of memorabilia you’d like to display.