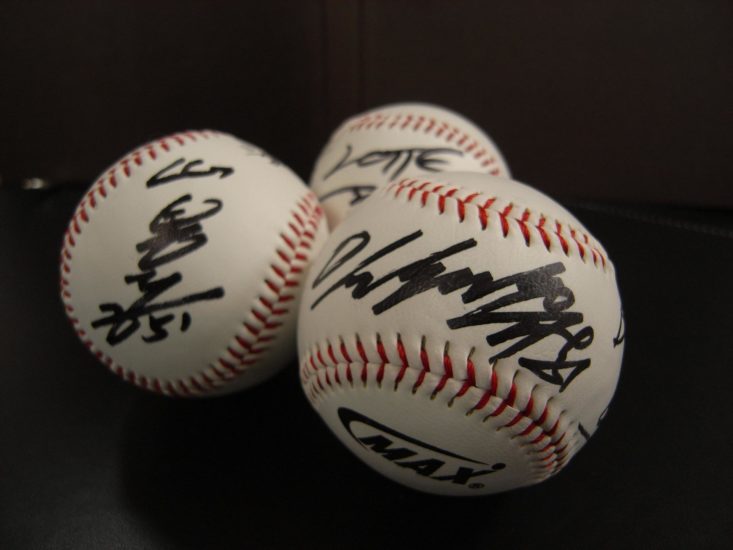 If you’ve got a sports memorabilia collection that you’ve been building for a few years, chances are that you’ve pined after some fairly high-priced items online or at an auction. It’s not the only way to build a collection, but simply buying items that you want is a pretty straightforward way to go about it.

How expensive were those items you saw? A thousand dollars? Five thousand? Ten? Well, prepare to be blown away, and perhaps a little jealous, when you see this list of some of the most expensive sports memorabilia ever sold.

Until Barry Bonds came along, Hank Aaron held the record for the most home runs hit in a career—at a staggering 755. When the 755th ball went to auction, it was sure to fetch a hefty price, and it didn’t disappoint, with a buyer purchasing it for $650,000.

Babe Ruth memorabilia could actually make up most of this list. His jerseys and home run balls attract jaw dropping prices. We’re including this one specifically because it’s part of the greatest Ruth legend there is—the called shot. This was part of the uniform that Ruth was wearing when he called his shot and hit a home run against the Chicago Cubs in the 1932 World Series. It went for just shy of a million at $940,000.

Interestingly, these sold for more than his gloves from his fight against Sonny Liston. These gloves, from his 1965 fight against Patterson, are the most expensive Ali memorabilia ever sold at a staggering $1.1 million.

Football, or soccer in American parlance, makes it onto this list through this book outlining its rules. The Sheffield Football Club was founded in 1856, and put out this rule booklet the next year. It went for $1.24 million.

Don’t know who Paul Henderson is? Then you’re probably not Canadian. While he doesn’t have a lot of name recognition outside the boundaries of Canada, Henderson is an absolute legend up north. That’s because he played a key role in helping Canada win the hockey Summit Series against the USSR during the Cold War. The story behind it is actually really interesting, and his jersey ended up selling for $1.275 million.

Wagner was one of the great early baseball players, and his name is familiar to us even to this day. His card became so rare because it was produced by the American Tobacco Company. Wagner didn’t want children buying cigarettes, and refused to let the company feature him anymore. Hence, a super rare card that was sold for $2.8 million.

Barry Bonds would go on to beat McGwire’s single season home run record, but for a few years McGuire was king of the long ball. In 1998 he would hit 70 home runs, breaking the previous record of 61. And that 70th ball would go on to sell for a whopping $3 million.

Created by James Naismith, these are the rules that started it all. The original rules of basketball, created by Naismith, ended up selling for $4.3 million—and they still aren’t the most expensive item on this list.

So yeah, some collectors’ pockets are deeper than others. Still, you can easily build a great collection of your own without dropping the GDP of a small island nation. Just make sure you keep it all protected for years to come with durable, clear, and beautiful BallQube cases!