Tips For Getting Any Autograph You Want 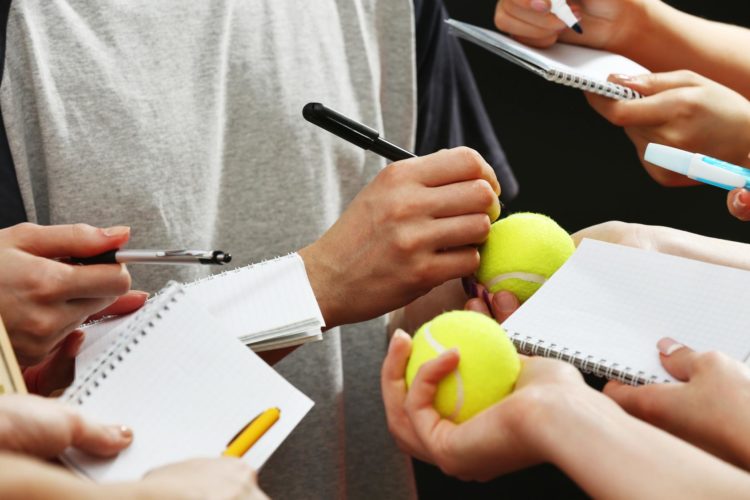 Getting a player’s autograph on your baseball card, ball, hat, jersey, or any other piece of sports memorabilia is a time-honored tradition for young sports fans. They’ve been celebrated in classic movies like The Sandlot, sold for thousands of dollars, and generally been a staple of a sports fan’s life growing up.

At some point or another you’ve probably wished you had an athlete’s signature, or have seen your kid pining away over getting his favorite player’s autograph. So how do you go about it?

Get To The Game Early

Whether it’s batting practice or some other pregame warmups, you’re likely going to have to get to the park or stadium hours early to get a really good shot at not only getting down to the level of the players, but also doing so while they’re in the mood to sign autographs. Understand that you may have great seats, but immediately before the game players most likely don’t want that distraction.

Pick A Game Against A Bad Team

Why? Because fewer fans equals less competition. This works especially well if you’re in a city with a perennially bad team, and the player whose autograph you want is on the visiting team. You’ll stand out if you’re wearing his team’s gear, and there will simply be fewer people asking for autographs.

Sometimes it just doesn’t work out. Your favorite player isn’t signing autographs that day, or he just doesn’t sign as many as usual. Don’t stress! If you have an opportunity to get a different autograph, take it, and wait for another chance to come around. It’s all about planning out your approach, but sometimes you’ll just have bad luck. Another game you might get it with ease.

If you’re still having trouble snagging that autograph you really want, then why not write a letter? Many players will send autographs through the mail, and you might be surprised to find out how many take the time to answer those fan letters.

Some tips for requesting through the mail:

So in conclusion, take your chances at the game or through the mail, and you might just end up with that dream autograph. And when you do, check out the cases at BallQube for a beautiful, durable way to show off your new signature!