7 Reasons Why Hockey is Awesome 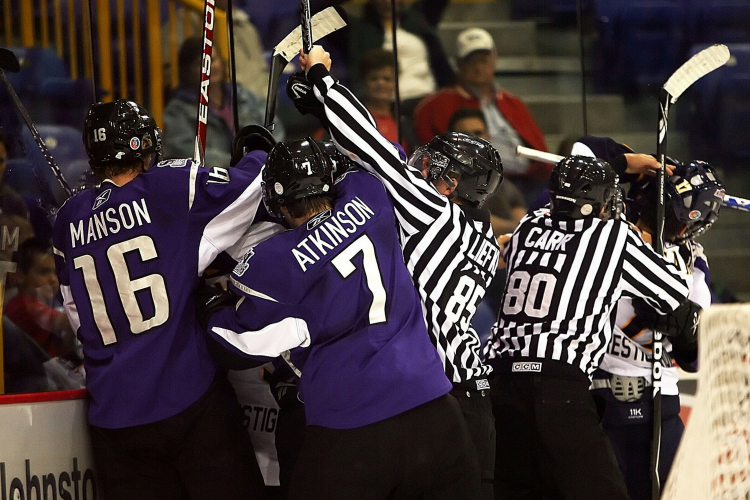 Hockey is unique in that it is one of the few sports in the world that is played on a giant sheet of ice while wearing skates! Hockey fans have been known to show off superstitious playoff beards, and players have their rituals they must carry out before each game. From unique opportunities to get collectors’ memorabilia to topnotch action, BallQube knows hockey is awesome and here’s why.

Nothing is more anticipated than NHL playoffs. From the moment the season opens, fans are already predicting how their team and favorite players will do. NHL playoffs are considered to be one of the most grueling playoff formats of any sport which guarantees hustle from the players. This means a lot of action and fun for fans.

Players and fans alike can experience traditions like pre-game rituals and superstitions like the playoff beard where nobody shaves until playoffs are over. Some crazy pre-game player rituals include vomiting, boxing with a teammate, and tapping a hockey stick on the floor 88 times. These bizarre rituals set hockey apart from any other sport.

Hockey offers the chance for fans to collect fun memorabilia like pucks, sticks, and jerseys, all of which can be signed by favorite players too. Collecting memorabilia offers the opportunity to share the love of the game with family members.

Hockey can be played indoors or outdoors as long as you have a sheet of ice and some skates. The ice adds a level of difficulty to the game not found in any other game. Players need to be excellent skaters as well as masters of the game.

Ice also adds a dimension of speed to the game. Skates and ice mean lots of action in a short amount of time while players are speeding back and forth between goals.

There’s no “I” in hockey – well, except for the ice maybe! Sports enthusiasts argue that hockey is one of the few true team sports that is impossible to win unless the players act together. Other sports tend to favor certain positions as the star of the team. Baseball has pitchers and football has quarterbacks, but hockey has a team.

Nothing gets hockey fans more riled up than the hits. With football you expect to see hits but in hockey they seem to come from out of nowhere, adding an element of surprise. Because of this, fans argue that hockey hits are quicker and harder than other sports. Sometimes the hits lead to fights which the fans love too.

Of course, when talking about why hockey is awesome, you can’t forget to mention the goals! Hockey goals are some of the most memorable around and no two goals are ever the same because of variables like speed, skill, and talent, both from the shooter and the goalie. The goal celebrations are pretty awesome too, ranging from flashing lights, to music, to players dancing in their skates.

Whether you love the plays, the superstitions, or the hits, if you think hockey is awesome too and have some great memorabilia you want to protect and show off, check out our selection of hockey display cases.