A Family Tradition: From Gretzky to Steen 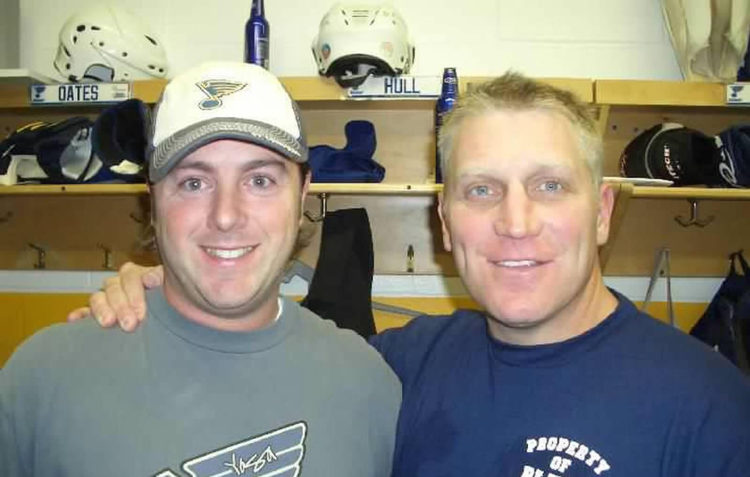 Over the years, we’ve developed quite a number of loyal customers who choose BallQube to protect all of their valuable and treasured memorabilia. It’s an amazing experience when we get to meet and talk to some of the people who trust us with their collections.

One of our most valued customers for many years has been Todd Schumaker, a St. Louis native with a love for all things hockey, but especially Blues hockey. In particular, he’s a huge collector of Brett Hull and Wayne Gretzky memorabilia, including his prized possession–the stick Gretzky used when he broke Gordie Howe’s all-time career points record in 1989.

Gretzky’s mark will almost assuredly never be broken, and Todd has the stick that made it happen—signed by both Gretzky and Howe. Which of course, he trusts a BallQube case to hold.

Todd’s love for collecting began when he was a young boy. His mother was a figure skater, and his best friend’s dad just happened to be the trainer for the St. Louis Blues. With those kinds of connections to the sport, it’s no wonder that he grew up loving the game. Because of his friend’s dad’s position with the team, the two boys would spend time down at the old Checkerdome.

That was when he first met Gretzky, who gave 10-year-old Todd one of his hockey sticks. The meeting happened in 1985, when Gretzky was playing a game against the Blues. Todd was sitting in the stands watching the Blues skate before the game, when The Great One suddenly skated up to him and began chatting. The end result was that Todd received a stick and lifelong passion for collecting—especially Gretzky memorabilia. 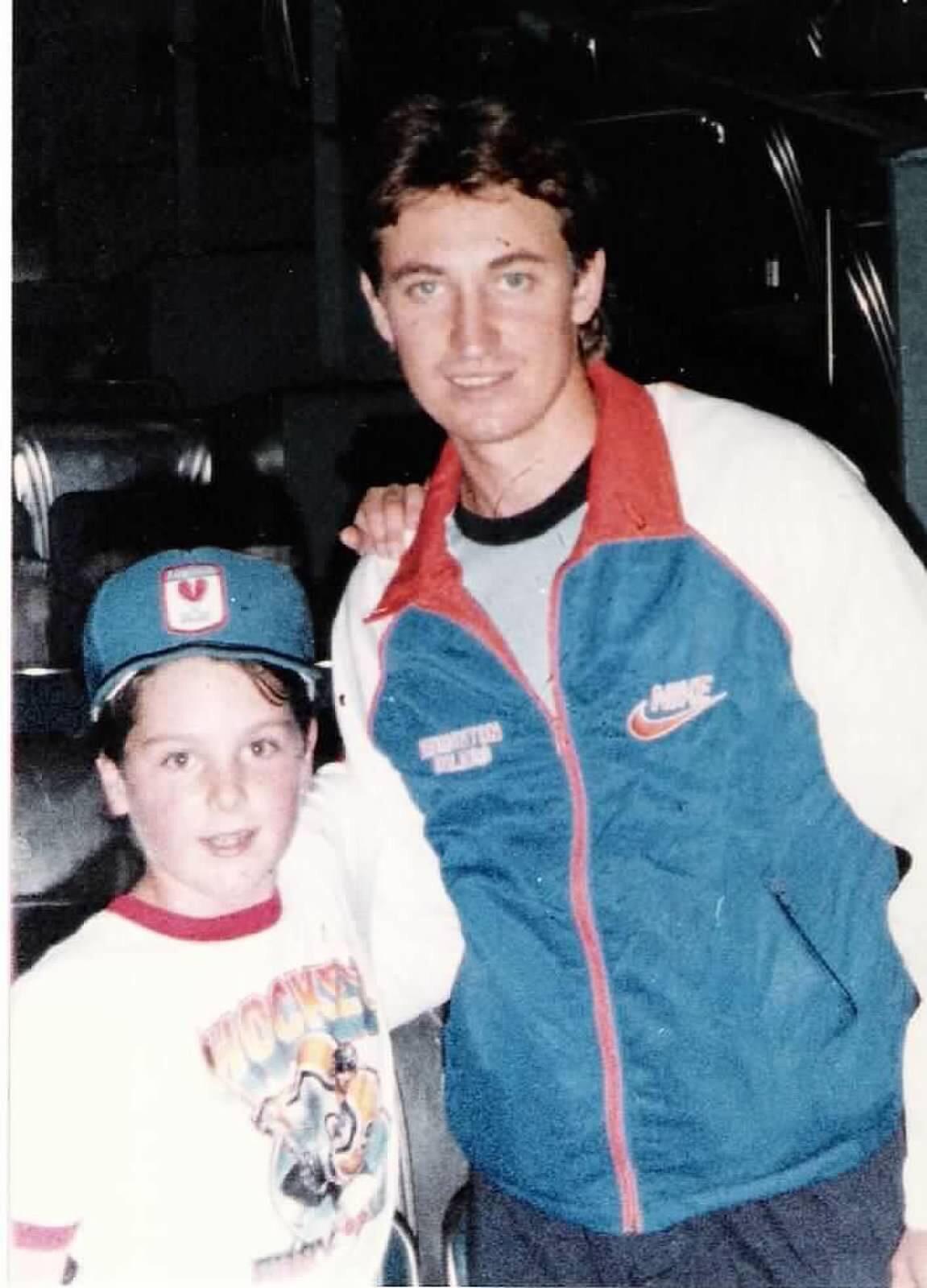 Todd now has somewhere between three and four thousand autographed pucks, along with plenty of other hockey memorabilia like gloves, sticks, and jerseys to go along with it. Much of it is split between Gretzky and Brett Hull, another Hall of Famer and a legend in the Blues organization.

However, he likes to emphasize that he isn’t the type of guy to hang around players, hoping for a ball or bringing twenty pucks to the rink to be signed. He likes growing friendships with players and collecting the more meaningful items he obtains in the process –  and he especially enjoys watching those players give away memorabilia to young kids.

In fact, Todd’s 11-year-old son Tristan was the recipient of a gift reminiscent of the one his father got from Gretzky all those years ago. In 2017, the Blues played the Blackhawks at Busch Stadium in the Winter Classic. Tristan’s favorite player is Blues forward Alexander Steen, and after the game, Steen decided to throw his stick into the crowd just above the dugout. Guess who was sitting there and caught the stick? 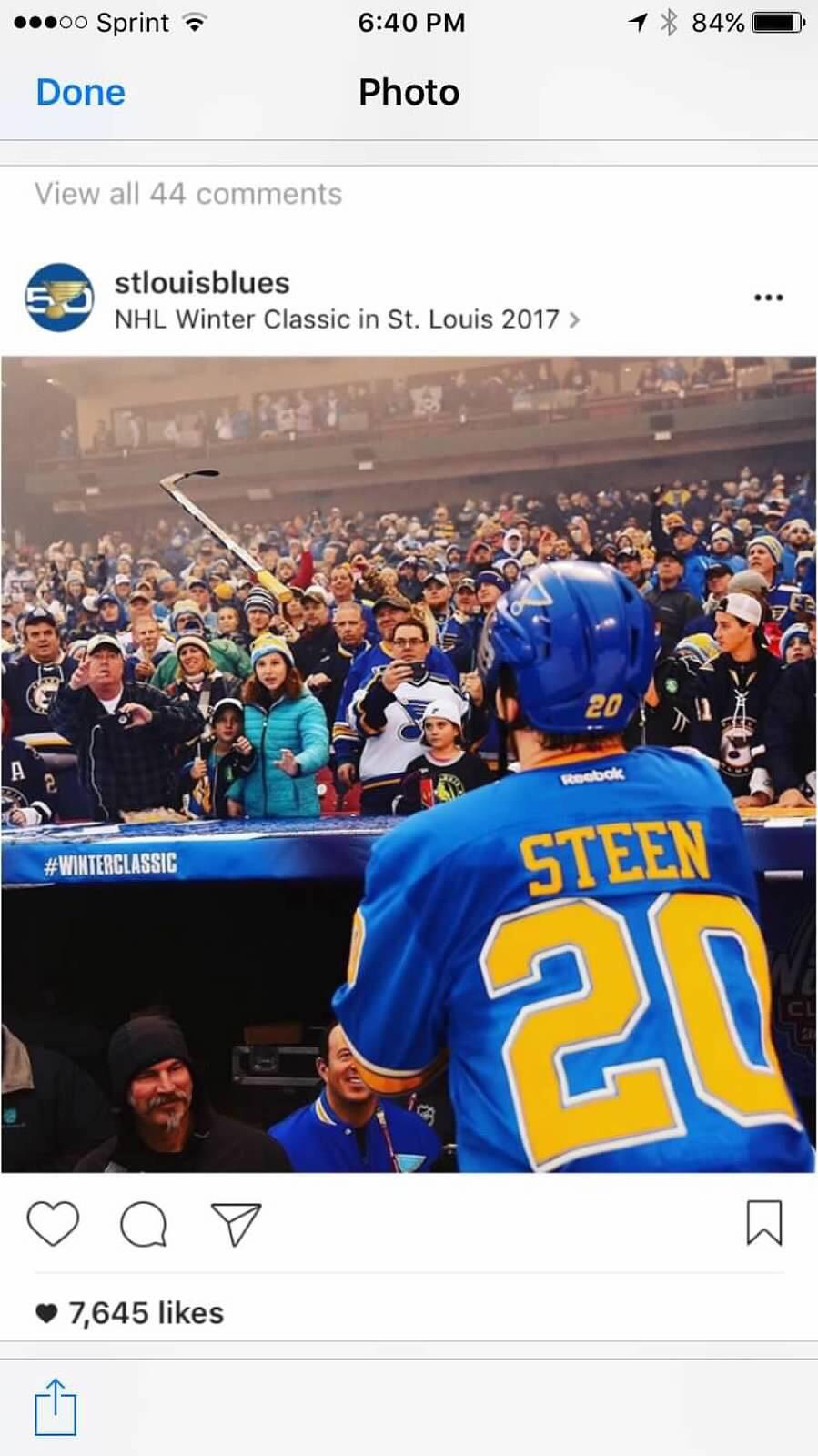 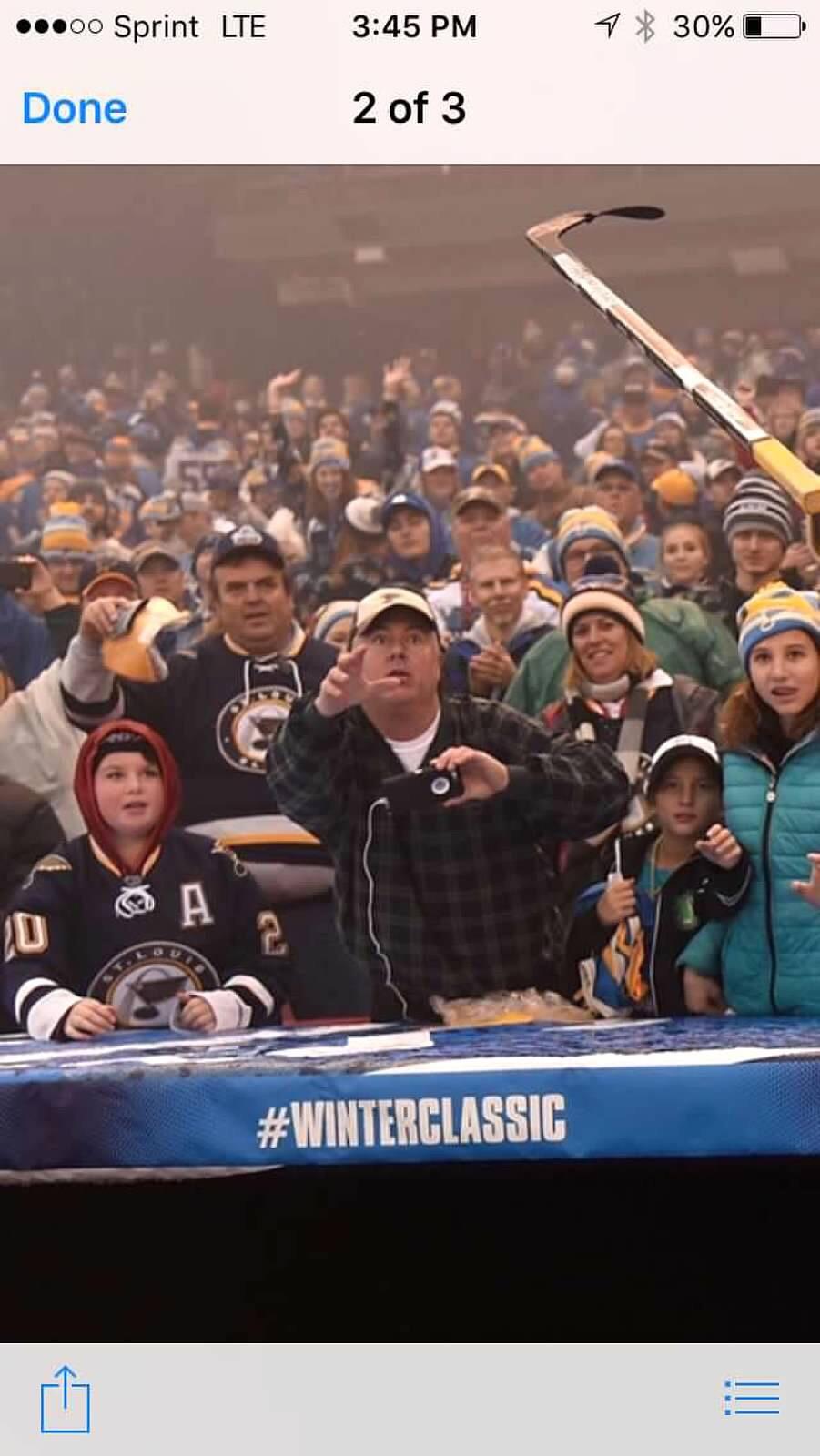 Yep, that’s Todd and his son Tristan, getting a stick from Tristan’s favorite player. It really is amazing how memorabilia and collecting get passed down through generations. That’s the type of thing we love to see at BallQube—a young kid getting something special from their favorite player.

If you’re wondering how Todd keeps all these pucks and other items on display, then you need to watch this video. Seriously, chances are you’ve never seen anything like it.

Todd built a new house in 2004 and made sure that he had a fully finished basement to keep all his memorabilia. It’s an amazing collection, and the display is simply beautiful.

In the past, Todd had to lock it all away in boxes–there simply wasn’t room to safely display it all. But with a new basement and a little help from stackable BallQube cases, he can display a lifetime of collecting.

“BallQube’s customer service is great! It’s so important to have that; they’re always there for you. That’s why I get everything from BallQube. Kathryn from BallQube is wonderful to work with – you just can’t go wrong buying from them.”

We’re just happy that Todd can finally show off his fantastic collection. If you’re in need of some reorganizing when it comes to your collection, then check out our huge selection of cases at BallQube.