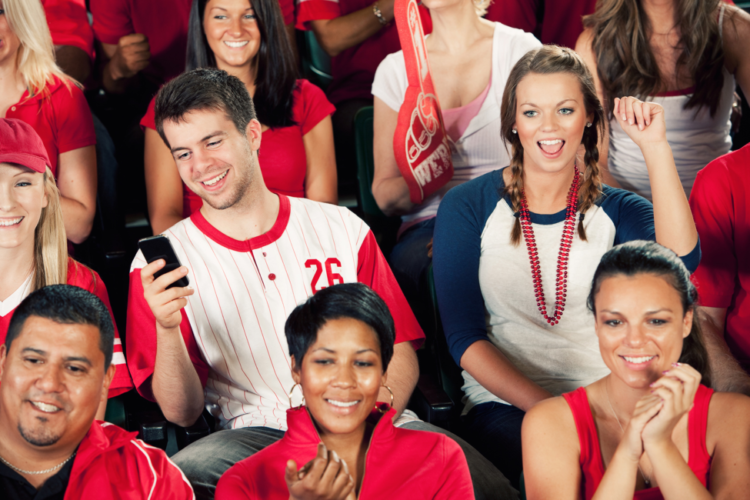 Best Sport Apps for the Stadium

Fewer young people are tuning in to watch baseball games on TV, which may seem like bad news to those who love the game. The good news is, attendance at games is staying relatively high. The appeal of the ballpark is still a draw for young and old alike. Part of the lack of viewership may also be because of changing usage of technology.

Millennials don’t have as much of a connection to traditional outlets like television, but they do stay up-to-date on their phones. And with good reason. There are a ton of great apps that can actually enhance a stadium experience, and teams around the country are trying to make it easier for fans to use them at the game. Here are just a few of the best apps available.

The MLB At Bat app is definitely one of the best apps out there for those who want to get the most out of their game experience. You can use the app to watch every out-of-market MLB game live, though blackouts apply. Live look-ins at games keep you in the know even while you’re watching your game live at the ballpark. And you can get replay video clips and explanations of the calls. For someone sitting in the stands and watching it live, that’s a must. You can also stream radio broadcasts that let you listen to the announcers call the game, even when you’re sitting in the stands.

MLB at the Ballpark

This app isn’t just about watching some clips on your phone—it’s meant to directly enhance your experience at the ballpark. Using the MLB at the Ballpark app, you can check your team’s schedule and ticket info, get directions to the ballpark, and find parking near the stadium. You can even use it to order food and drinks at the stadium.

The FOX Sports Go app allows you to watch games and shows from FOX Sports, FS1, FS2, your FOX Sports Regional Network, FOX Deportes, FOX College Sports, and FOX Soccer Plus. You have everything you need to keep up with baseball, basketball, college sports, and even soccer while you’re at the game. It’s great for anyone who wants access to their favorite shows and teams at any time.

Going to the ballpark with your friends is a great time, and if you’re in a fantasy league, it can be even more exciting. Keeping tabs on your fantasy league while you’re at the ballpark is easier than ever with the CBS Sports Fantasy Baseball app. You can get the latest scores and news on your players who are playing in other games, and even make trades and change your lineup from the ballpark.

Going to the ballpark for a game in the summer is one of the enduring American traditions, so we hope we’ll see you out there this year. Just remember to make sure you have a safe way to display any foul balls or home runs you catch this year!