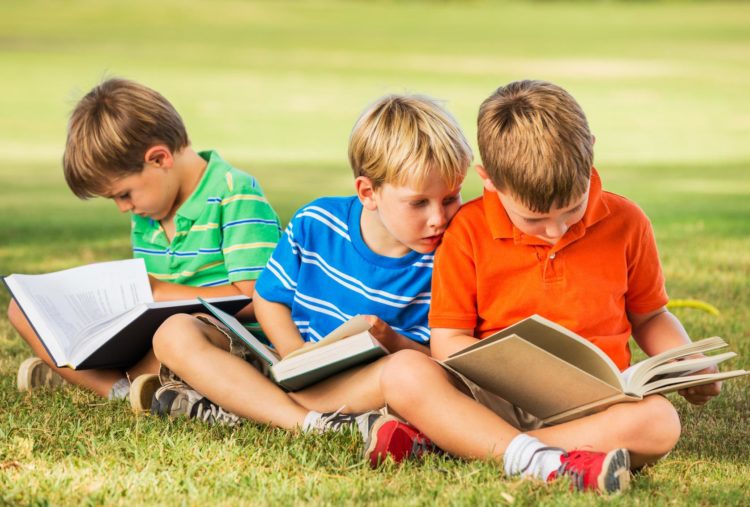 Summer reading lists tend to strike fear into the hearts of the best students. That’s because they’re usually made up of older, tough to read books that don’t capture a kid’s attention. In order to foster a love of reading, children need to be exposed to some books that will captivate them and keep them reading. If your son or daughter could use a few new books on his or her summer reading list, then check out our list below. They’re perfect for any young sports fan.

Summer Ball follows the story of Danny Walker, the talented, but short, basketball player who has made it to the top of his game. But now Danny is going to face his toughest test yet—at Right Way basketball camp where the competition may be even stronger.

Joe Stoshack has a special ability. With the help of baseball cards, he’s able to travel through time. So when he has to write a report on an African American who’s made an impact on society, Joe chooses to go back in time to meet Jackie Robinson.

The sequel to the New York Times best-selling Football Genius, Football Champ follows young Troy White to his job with the Atlanta Falcons. Troy helps predict football plays to win games for the Falcons, but can he deal with a mudslinging reporter and the media storm that soon descends?

The Michigan Spartans are about to face the Troy Trojans in the semifinals of the NCAA Basketball Tournament. The seconds tick away, and the stories of each player’s rise to the top are revealed.

The Contract is the first book in Derek Jeter’s baseball series, and it explores the story of a young Derek Jeter who makes the team and plays for the Little League Tigers. Derek wants to start at shortstop, but is placed at second instead. Find out how he deals with the change and continues to pursue his dream.

Tom Gallagher’s Dillontown baseball team desperately need a win. If they lose the next game, they’ll lose their only field as well. Follow Tom’s quest for victory with the help of a mysterious stranger and former star who walked away from the game.

Brian is the batboy for his hometown MLB team—a dream come true, and possibly a chance to reconnect with his big-leaguer dad. But life, like baseball, doesn’t always go exactly as planned, and Brian will have to face a few curve balls if he wants a win.

The Pitcher is the story of a boy with no money, but a rocket arm. It’s also the story of a major league pitcher who breaks down after the death of his wife. The meeting of the two will change both their lives forever, and it’s a story that’s hard to put down.

10. Under the Baseball Moon, John Ritter

Andy Ramos is a skateboarding, trumpet-playing jazz enthusiast. But everything changes when he meets Glory Martinez, a softball pitcher who also wants to make it to the top.

Did we miss any good ones? Give us your favorites in the comments and add to the list!