A Tribute To Volunteer Coaches 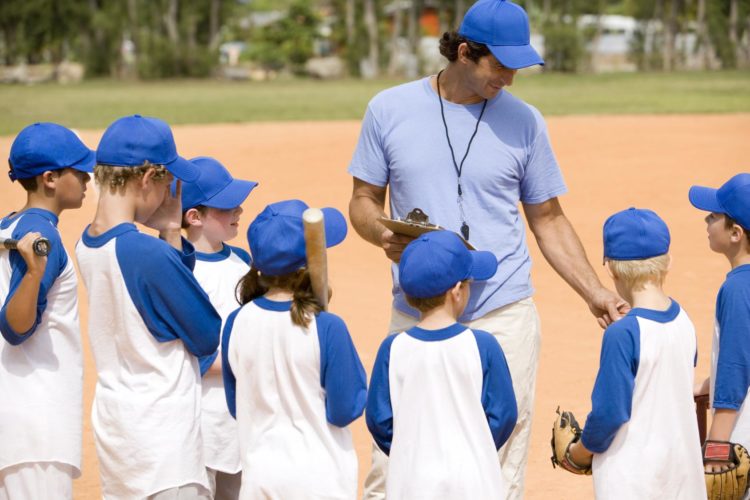 As a kid, you probably never stopped to think about why your Little League coaches were coaching your team. They were probably a couple dads who had kids on the team, and that was enough reason in your mind. But as we get older, and maybe have kids of our own playing Little League, it’s clear that volunteering to coach a team is a bigger responsibility than it appeared when we were young.

In fact, volunteer coaches are a big part of what makes organized children’s sports possible. No one’s getting paid to coach a team of fourth graders throughout the summer. It’s a job that they take on for a variety of reasons.

Why They Do It

Maybe they do have kids on the team, but if that was the only reason, then every parent would be trying to coach (some still do from the sidelines, of course). But usually most parents are content to let someone else handle the coaching. That’s because it’s a big responsibility. It’s months of organizing and showing up to practices, making sure everyone gets playing time, giving after-game talks, and every other duty, big and small, that comes with the coaching gig.

At BallQube, we remember quite a few of our volunteer coaches. Some did it because they loved the game and loved to teach kids how to play the right way. Others did it because the team needed a coach and they decided to step up and fill the position.

Volunteer coaches also provide a role model and an example for kids. Many of us clearly remember that coach who used to yell and lose his cool, but for every one of those types of coaches, there are usually about nine level-headed volunteer coaches.

The example they provide for players is one that shouldn’t be taken lightly. Not only are they giving guidance and instruction, but they’re also preparing kids to step up when they’re finally asked to volunteer and do something for free. Seeing a volunteer coach who puts their heart into a team, despite not being rewarded financially, is a valuable life lesson for children.

What You Can Do

So the next time your kid’s volunteer coach is dragging equipment onto the field, showing up to practice in their work clothes, or just hitting pop ups to a group of players, take the time to thank them for everything they do for your kids.

A great end of season gift is a ball or bat signed by all the players on the team. A memento like that will be something that a volunteer coach holds onto and treasures for years to come. Up on the mantle, protected in its case, the ball will always be a reminder of the work they did and the fun they had.

Have you thought about becoming a volunteer coach? You don’t have to have a child on the team to do so. In fact, many organizations need coaches with a love of the game and a sense of responsibility. If that sounds like you, then contact your local Little League, parks and rec, or other youth sports organizations and ask about coaching.

Got a great story about a volunteer coach? Share it with everyone in the comments below!