Our Picks for the Top Football Greats 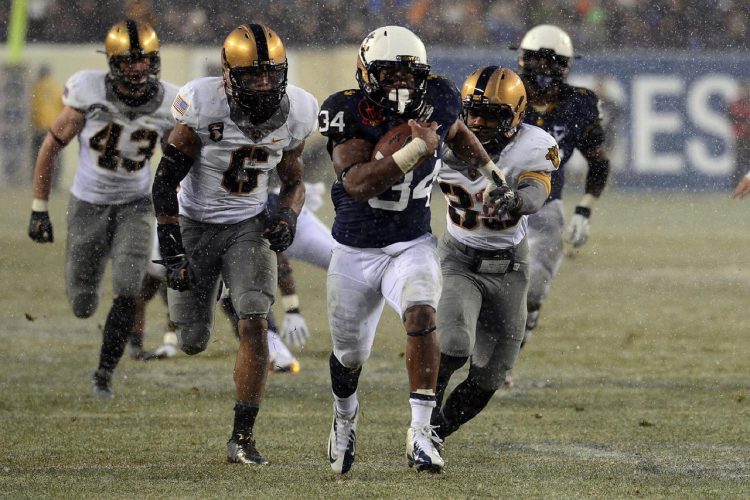 Every era has its great players. Those who grew up in the 80s may remember Joe Montana lofting TDs. A younger generation might think back to watching Marshall Faulk fly by defenders on the way to another TD. Maybe it’s Deion Sanders who comes to mind when you think about a defensive star.

Whoever your favorite players are, there’s usually a case to be made for several different players from different eras at each position. Today we’re going to name a few of our choices for the best of the best—and let you sort it out from there. So, in no particular order…

Nothing new here. The Hall of Famer threw for over 40,000 yards and 273 TDs in his 16-year career, almost all of which he spent with the 49ers. A four-time Super Bowl Champion, and three-time Super Bowl MVP, Montana is still arguably the best Super Bowl player we’ve seen.

There’s almost no argument that Jim Brown was either the best, or just about the best, running back of all time. In nine seasons, he rushed for over 12,000 yards, won the rushing title eight times, and averaged 104.3 yards a game. To be sure, the game in his day looked different than it does today, but that may even work in his favor. Running backs were more important in the pre-Super Bowl era, so it’s certainly possible to make an argument for Brown being the all-time great. Oh, and he retired at 29.

A smooth and gifted runner, it’s pretty tough to leave Smith—the NFL’s all-time leading rusher—off this list. Smith helped lead the Dallas Cowboys to three Super Bowl Championships in the 90s, and led the league in rushing all three years they won. Smith’s career lasted fifteen years, during which time he amassed over 18,000 yards and 164 TDs.

Time to give some love to the receivers. Rice is number one on just about any list of wide receivers you can find, and for good reason. Over 20 seasons he put up 1,549 receptions, 22,895 yards, and 197 touchdown catches. His explosiveness off the snap and an incredible work ethic helped him produce year after year, and it’s likely that his records will never be caught by another receiver.

Joe Montana’s Super Bowl stardom meets its match in Tom Brady. He’s dominated the football landscape for well over a decade now, winning five Super Bowls with New England and being named the Super Bowl MVP four times. In 18 seasons, he’s now put up over 60,000 yards and 456 TDs. Love him or hate him, that’s not too shabby.

Let’s give the defense some love. “Primetime” was one of only a few true shutdown corners in the modern era. A rarity that deserves a place somewhere on this list. The two-time Super Bowl champ recorded 53 career interceptions, nine of which he returned for touchdowns. As always, it’s not as easy to rank defensive players purely by stats, but Deion in his prime was incredible.

Agree? Disagree vehemently? Think we’re missing someone in particular? Then let us know in the comments!