Why Our Country Is Obsessed With Football 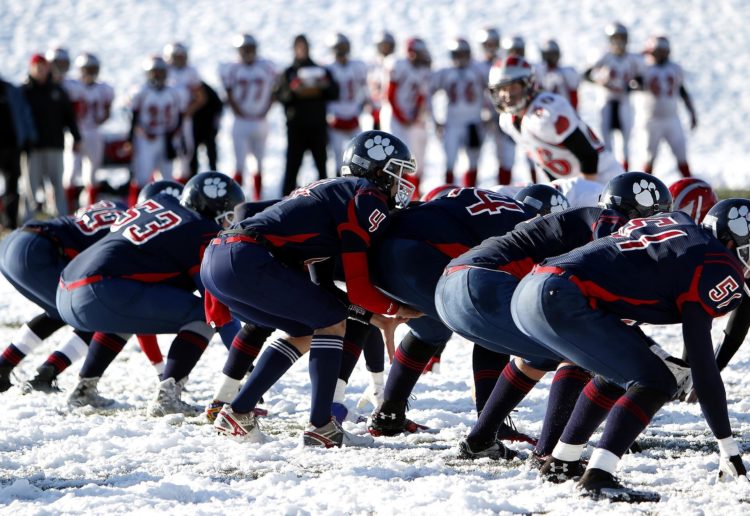 In the fall and winter, there’s a good chance that you spend at least one day each weekend propped up in front of the television taking in a football game. Whether it’s your alma mater on Saturday or a full day of NFL games on Sunday, most of us are watching some football.

And it’s not just on television. College and pro tailgates are hugely populated, and some folks don’t even go into the games. But there’s also high school football on Fridays for those die-hards who need to get their fix.

Football is enmeshed in our national psyche, and it doesn’t seem to be going anywhere soon. Even though baseball is technically the national pastime, it doesn’t have the numbers anymore to back up that claim. Football does. But what is it exactly that makes the sport so popular? We decided to try to get to the bottom of it.

Parity Throughout The League

Okay, so Browns fans might be rolling their eyes right now, but the fact is, the NFL is one of the most equal leagues in terms of revenue sharing and the lineups. Each team really does have a chance to win it all. Maybe not this year, but certainly in coming years if they rebuild their roster with draft picks and new acquisitions. Teams often get dramatically better, or worse, within just one season. That parity makes it fun to watch because even if your team was under .500 last year, they could still make the playoffs and even win it all.

There are 162 games in a baseball team’s regular season. Even die-hard fans will tell you that it’s probably okay to miss a few. Compare that to the 16 games that make up an NFL season, or the 12 games in college football. The fewer the games, the more significant each individual game becomes, and the more we want to make sure we see them.

People who are used to different sports like soccer often find American football less exciting because of the constant stoppages. But to those who grew up on the sport, the stoppages are just necessary breaks in the action. Watching a punt returner take one to the house, or a 40-yard TD pass drop into a receiver’s hands on a dime—that’s excitement that most other sports can’t replicate several times a game.

Football lends itself to plenty of extra-curricular activities, so to speak. We’ve already mentioned tailgating, but there’s also Super Bowl parties, The National Championship, and Draft Day parties. Fantasy football is a huge industry that millions of Americans participate in each year. Fantasy ensures that fans of a single team are actively watching multiple games and rooting for players from other teams who are on their fantasy roster.

There’s no one reason that football is so popular here, but when you look at it as a whole, it’s easy to see why we’ve become so obsessed with the sport.

Do you have an autograph from one of your favorite football players? Then the best way to protect it is with a BallQube case, so check out our line of football cases. We’ve got one for whatever you have signed—helmets, jerseys, footballs, and more!